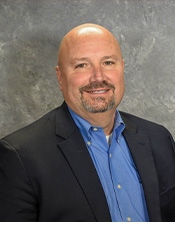 DALLAS — Craig Amelung has been elected vice president of the National Auto Auction Association (NAAA) for the 2022-2023 term. He was elected during an all-member meeting at the 2022 NAAA Convention in Dallas.

Throughout Amelung’s 30-year career with Manheim, he has led teams in achieving new levels of operating efficiency, industry recognition, and client and employee engagement. He currently serves as general manager of the company’s Mid-Atlantic Market Center where he leads the collaboration of shared resources and support functions across Manheim Baltimore-Washington, Manheim Harrisonburg, and Manheim Fredericksburg.

Previous positions include senior director of operations support where he managed training and support for all of Manheim’s North American operating locations, and director of best practices where he led the company’s efforts toward standardizing processes and procedures throughout the country.

Amelung is a longtime supporter of NAAA, serving on the organization’s Auction Standards and Legislative Committees and as a member of NAAA’s Southern Chapter and Board of Directors.